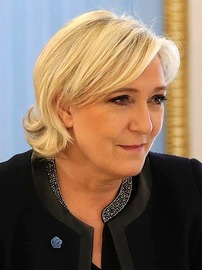 Marion Anne Perrine "Marine" Le Pen is a French lawyer and politician who has been President of the National Rally since 2011. She has been the member of the... Wikipedia